Last night at a rare restaurant date for Leah and I a song was playing. Leah said it was a cover. I knew it was not. The lyrics included these lines:

Don’t it always seem to go
That you don’t know what you’ve got till it’s gone?
They paved paradise and put up a parking lot.

They also played the Vanessa Carlton cover of the song. I could NOT for the life of me, think of the original artist.

I was stuck on the fact that Q-Tip says her name in a Janet Jackson song. Of course it’s a cover of the same song.

All it took to find the answer with a computer was a bit of google this morning, and boom.

“Joni Mitchell never lies” is the thing Q-Tip says, and it’s the answer to the question of who wrote and sang that song.

The song was “Big Yellow Taxi.”

Leah was actually a little freaked out as I was trying to think of the artist. I was going into a 100 yard stare, defocusing my eyes.

I kept coming back to it. I know _so_ many songs, and when I can’t think of something I think it must be there somewhere. The problem is that there’s no obvious timeout feature for my brain when I’m doing a search like this. It’s like, no it’s exactly like, a tune stuck in my head. And no metadata to go with it.

But dinner was lovely. Leah and I were going to go see a midnight showing of _Donnie Darko_ at Insomniac Cinema, but we flaked out. In the end, we were too tired. Midnight movies may not be in the cards without a nap beforehand.

Joe Crawford posted this 18 years ago.
What else did he post in August 2005?
The Date

Ouch on the Joni Mitchell.

Fact is, I don’t have any Joni Mitchell on my iTunes. She’s just out of my reach somehow, which does not mean I don’t know some of her stuff. I can definitely understand a negative association with an artist though. Though I can’t really think of anyone I really liked which now I don’t because of a relationship.

And re: Donnie Darko, it’s a great adolescent fantasy, with some fun ideas in it. Leah still has not seen it, but it’s not like the pressure to see it can’t be overcome. Still, worth seeing.

Joni Mitchell is now banned from my life after 10000 hearings with an old girlfriend.
As for Donny Darko, I saw this on recommendation from Tibsy, was very disappointed by this movie. 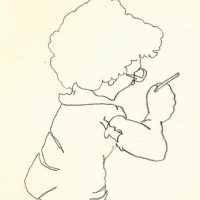