Zappa is not named for the great Frank Zappa, or at least not directly. Frank rather quixotically named his daughter “Moon Unit”, and Mike Myers used this in Austin Powers 2: there is a scene where Dr. Evil talks about how he has divided his moon base into “Moon Unit Alpha” and “Moon Unit Zappa”. I had just finished reading a book by Bruce Pandolfini, “Chess Openings: Traps and Zaps”, and I thought that Zappa had a nice sound to it. I have never actually listened to a single song of Frank, although I am quite fond of several of his quotes.

Joe Crawford posted this 17 years ago.
What else did he post in October 2005?
The Date

Dude, this isso much a lie 🙂

it’s so big that you need a chicken to measure it!
At least, if it wasn’t for the great Frank, you would not have known the word “zappa” (that’s an Italian word). I don’t think you have the slightest idea of what a zappa is 🙂
As you stated, you are fond of several of with his quotes…

You’d have to check at https://netfiles.uiuc.edu/acozzie2/www/zappa/

Where can I get Zappa version 2 chess engine? I want to test it against Toga II and Fruit 2.2.1.
-Ankan 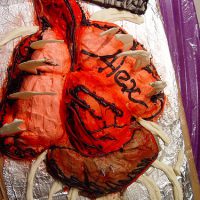