So I’ve been swimming regularly and since I’ve not swum (is that right right conjugation?) this much since I was a teenager, I suppose it follows that I might come down with the Swimmer’s Ear that was a hallmark of my summers as a teen.

I knew something was wrong Saturday as I was having a little pain in my jaw. I assumed this was a developing toothache, but on Sunday it became clear that the origin was not in the teeth in my jaw, but in my right ear. The pain is referred downward and makes chewing or talking uncomfortable.

Now, the typical treatment I got as a kid was some otic drops and maybe an antibiotic. After all, the inflammation of Swimmer’s Ear is just some bacteria who hitched a ride into my ear from some water that got in there. Here’s a Mayo Clinic article on treatment.

My ear infections got so frequent as a kid I devised my own treatment, vinegar in my ear. It’s silly, and I end up smelling a bit like a salad, but in my experience it works. That Mayo Clinic article states not to swim, and I’m considering stopping swimming for a while. Yesterday I cut my swim short after work because the discomfort was too great. As a teen Swimmer’s Ear didn’t slow me down much except the first time, when I think my Dad warned me that if allowed to go unchecked, the infection could cause real damage: I could develop pus, hearing loss or worse — it could end up killing my ear and the surrounding tissue. When my Dad said things like that I always imagined a melon-baller scooping out a piece of me and what that might look like. Grisley stuff.

I’m going to stick with my vinegar and motrin regimen. If I see no improvement I’ll see a doctor. But on my homemade remedy, if I remember right, I should have significant results in 24-48 hours. I think what I need to do is prep with some ibuprofen before hitting the pool, and have vinegar with me post-swim to irrigate my ear.

In other news, Leah is going out of town this week, she leaves today for Colombia. I wish her well but she’ll be back Sunday, so it shouldn’t be too bad. Two of our houseguests are also on a trip, so for the week it’ll be me and my brother-in-law. I expect we won’t get into too much trouble. We both have plenty to do.

health leahpeah swimming
Joe Crawford posted this 14 years ago.
What else did he post in June 2008?
The Date

I never liked them, but maybe I need to revisit that.

Bogotá and Pereira are where she’s going. A blogging/interview gig. I’ll withhold talking about it until she does. 🙂

What’s in Colombia? Please tell me she’s not going to Cartagena? 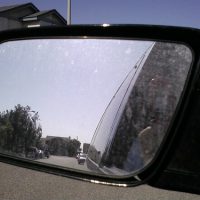 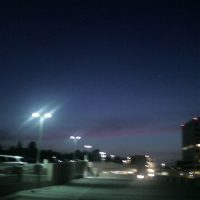