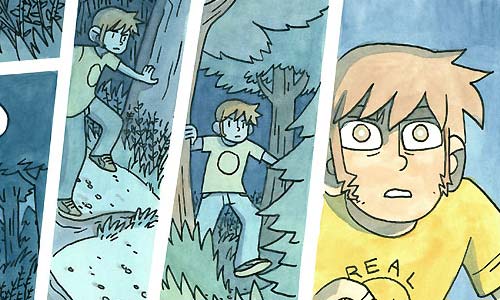 When I was in San Francisco I picked up the first two of the Scott Pilgrim comics while at Isotope Comics (whose very cool owner James Sime has a twitter stream). I enjoyed them immensely on the trip back home and have subsequently picked up numbers 3 and 4 as well. In addition I picked up his comic Lost at Sea. I look forward to number 5 in February 2009. I had heard of Scott Pilgrim at the periphery of my pop-culture awareness, but thought he must be a comic creator. When I saw them on the shelf at Isotope I saw different, picked a random page, was entertained and liked the drawing style, and leapt.

I now follow the creator’s livejournal: Bryan Lee O’Malley. The other day he announced a new comic co-created by someone called Hope Larson — here it is: Bear Creek Apartments. It is short, but rather enjoyable.

comics San Francisco
Joe Crawford posted this 13 years ago.
What else did he post in August 2008?
The Date

I don’t remember D&D being so seductive
What is the proper function of libraries? Uncle Bobby’s Wedding 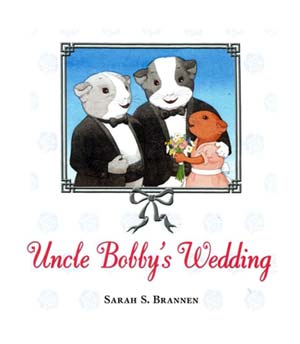