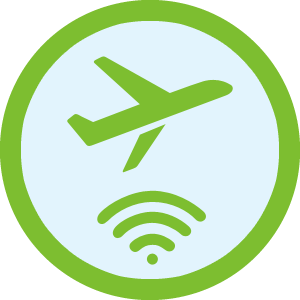 Back at Thanksgiving, I got a chance to carry around my Mom’s iPod Touch while travelling. During that time I experimented with Foursquare (which I had some time back) and Gowalla. One of the things I did was mention I was on a plane in a tweet, and I got many twitter replies from random people in Indonesia asking me to help them get the Mile High badge.

I didn’t know much what to think of it, and more or less ignored it. But on the return flight I asked those folks who asked a) how would I do this and b) what would they give me for it. The answer to a) was that they would give me their usernames and passwords and just trust me, and b) was that they didn’t have much to offer, but that if I ever came to Indonesia they could give me good tips.

As near as I can figure, some folks really love Foursquare and play it as a game. They treat the badges as collectibles and are willing to go pretty far, but not too far, to get each and every badge.

It was a great example to me of how compelling “gamification” can be:

Gamification is the use of game play mechanics for non-game applications (also known as “funware”), particularly consumer-oriented web and mobile sites, in order to encourage people to adopt the applications. It also strives to encourage users to engage in desired behaviors in connection with the applications. Gamification works by making technology more engaging, and by encouraging desired behaviors, taking advantage of humans’ psychological predisposition to engage in gaming. – source: Wikipedia

I don’t have much more to say about it, but games and game mechanics have been on my mind for awhile, and particularly since I saw Jesse Schell’s talk in February last year. It’s worth reposting here.

foursquare gamification gowalla indonesia iphone
Joe Crawford posted this 12 years ago.
What else did he post in January 2011?
The Date