That Time When My URL Appeared On The TV Show Bones

In August of last year I got an email from a fellow who was watching Bones on Netflix, and, well, here’s what they said:

You don’t know me, and I don’t know you, but I saw something odd in a fraction of a second on a TV show, and it lead me to writing this e-mail.

I was watching Netflix on a tiny screen while working, and this one scene shows a character “searching the web” using AOL. For whatever reason, the PREVIOUS address the character was looking at was still showing, and out of curiosity I froze and captured the screen (attached JPEG).

It was your web site! Isn’t that odd?
Okay, maybe it isn’t and you know all about this because you prepare prop screens for TV shows and I’m just a dullard.

Anyway, the show was BONES, season 1, episode 9 “The Man in the Fallout Shelter”
Your web site URL can be seen at 31:50 into the show.

And I replied with this:

You just blew my mind.

Just logged into Netflix and saw the same thing. Thanks for the great instructions.

I don’t do anything with the entertainment business right now. I used to work with some interactive firms who built public websites, but never have I worked on displays targeted for tv. 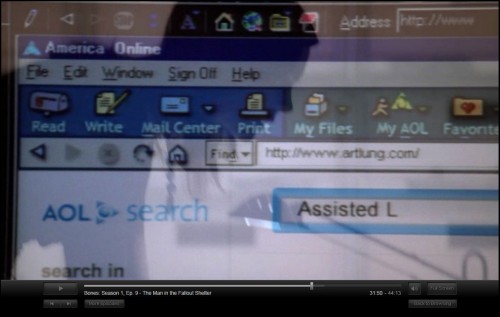 UPDATE 2021: I had a gallery of screenshots of my website I put up in 2004. One of them was a screenshot of how it looked in AOL 4. I think the person doing the screen graphics work used that image as the basis for the web surfing montage. My domain was left in the url bar. Voila! 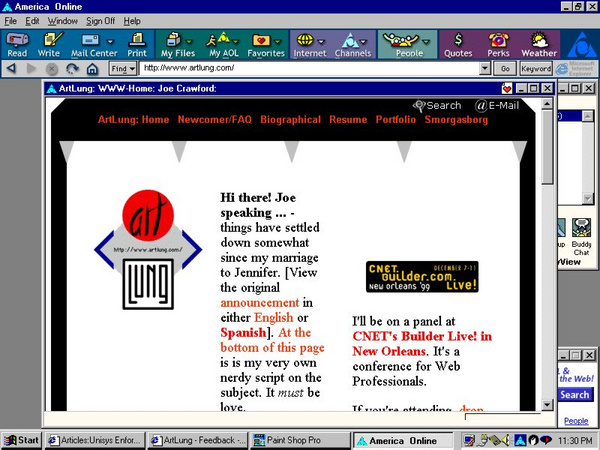 screenshot tv
Joe Crawford posted this 12 years ago.
What else did he post in January 2011?
The Date

Here’s what I think happened now. I had put up a gallery of screenshots of my website and included one of AOL 4: Win_AOL4 and I believe whoever did the display work used my screenshot as as the basis for the UI displayed, leaving my url in the url bar.

Thanks Travis, no I’ve not done anything to reach out to the shows representatives. Perhaps I should!

That’s pretty wild! Since you don’t work in the TV industry it sounds to me like someone on set is a fan of yours. I work for DISH Network (not very close to the TV industry either) and have been watching Bones using DISH’s streaming service dishonline. Not sure if you’ve heard of it or not, but anyway I was just searching for recap blogs when I found your site. Did you ever try to contact them to find out anymore about it?

Pretty cool though. Those AOL icons look like they’re from the 18th century. 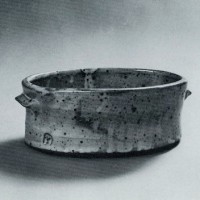 The Best Life A Pot Can Have
Comics and the Law