In January of 2011, more than a year ago now, I attended UXCampDC at the German Cultural Center, just a mile from The White House.

Me and my family were still pretty raw from my Mom’s death in October, but it was great to get out and do something.

My sister drove me to the Metro from her home in Falls Church. Remembering it now, it was as a dream. A light dusting of snow fell that morning. I got coffee at the Starbucks before the event.

I learned a lot, despite the dreaminess.

UX stands for “User Experience.” It reminds me of “QA,” another discipline in tech that is just two letters. It reminds of of QA because UX, like QA, is something that anyone building a product has to account for. You have to have “quality assuring” if you’re making a product. Likewise, any product has “user experience.” But too often, it’s an afterthought or a never-thought-of.

I met some great people, and attended some great presentations, but in the end what defines that period is the daze I was in. The grief, the confusion. Trying to be there for my Dad, trying to figure out what was next. Leah and I would decide to move back to California the next month.

Some of these I collected at the time, some I found just now.

memories ux uxcampdc
Joe Crawford posted this 10 years ago.
What else did he post in February 2012?
The Date 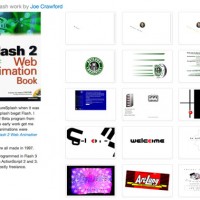 Flash, 1997
Watch this: about code, creativity, creation, and principle. 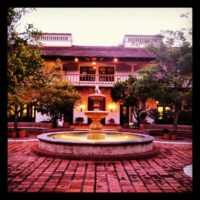