From Chomsky: How America’s Great University System Is Getting Destroyed

Well how do you indoctrinate the young? There are a number of ways. One way is to burden them with hopelessly heavy tuition debt. Debt is a trap, especially student debt, which is enormous, far larger than credit card debt. It’s a trap for the rest of your life because the laws are designed so that you can’t get out of it. If a business, say, gets in too much debt it can declare bankruptcy, but individuals can almost never be relieved of student debt through bankruptcy. They can even garnish social security if you default. That’s a disciplinary technique. I don’t say that it was consciously introduced for the purpose, but it certainly has that effect. And it’s hard to argue that there’s any economic basis for it. Just take a look around the world: higher education is mostly free. In the countries with the highest education standards, let’s say Finland, which is at the top all the time, higher education is free. And in a rich, successful capitalist country like Germany, it’s free. In Mexico, a poor country, which has pretty decent education standards, considering the economic difficulties they face, it’s free. In fact, look at the United States: if you go back to the 1940s and 50s, higher education was pretty close to free. The GI Bill gave free education to vast numbers of people who would never have been able to go to college. It was very good for them and it was very good for the economy and the society; it was part of the reason for the high economic growth rate. Even in private colleges, education was pretty close to free. Take me: I went to college in 1945 at an Ivy League university, University of Pennsylvania, and tuition was $100. That would be maybe $800 in today’s dollars. And it was very easy to get a scholarship, so you could live at home, work, and go to school and it didn’t cost you anything. Now it’s outrageous. I have grandchildren in college, who have to pay for their tuition and work and it’s almost impossible. For the students that is a disciplinary technique.

And Clay Shirky: The End of Higher Education’s Golden Age

Though the landscape of higher education in the U.S., spread across forty-six hundred institutions, hosts considerable variation, a few commonalities emerge: the bulk of students today are in their mid-20s or older, enrolled at a community or commuter school, and working towards a degree they will take too long to complete. One in three won’t complete, ever. Of the rest, two in three will leave in debt. The median member of this new student majority is just keeping her head above water financially. The bottom quintile is drowning.

One obvious way to improve life for the new student majority is to raise the quality of the education without raising the price. This is clearly the ideal, whose principal obstacle is not conceptual but practical: no one knows how. The value of our core product—the Bachelor’s degree—has fallen in every year since 2000, while tuition continues to increase faster than inflation.

The other way to help these students would be to dramatically reduce the price or time required to get an education of acceptable quality (and for acceptable read “enabling the student to get a better job”, their commonest goal.) This is a worse option in every respect except one, which is that it may be possible.

college education noam-chomsky
Joe Crawford posted this 8 years ago.
What else did he post in March 2014?
The Date 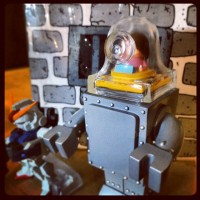 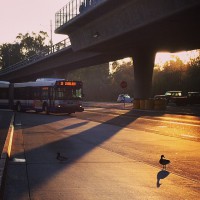