Sometimes the world intervenes in your life in such a way that tells you “stop working for these people.” The most notable time for me was when I was working for ARCO, the large petroleum and gas company. You may know them from their AM/PM mini marts.

In 1997 I was working as a temp at their corporate headquarters. I was doing HTML and PhotoShop at a time when these things were quite valuable skills to have. I was contracting with BCSI out of Orange County. The people at ARCO were nice enough, and I was first exposed to content management systems there. And by CMS I mean, FTP uploading tools with security. There were elaborate checks and doublechecks before files could get published onto the public website at arco.com. This hoop-jumping never made any sense to me. 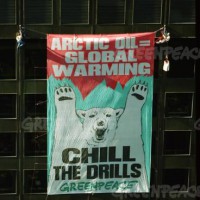 This is the latest in a series of protests against a company that has actively blocked progress on a global Climate Treaty and aggressively pursued new oil development.

“ARCO is trying to explore for new oil that we can’t afford to burn if we are to avoid dangerous climate change and global warming,” said Kalee Kreider, Climate Campaign Director for Greenpeace USA.

ARCO will begin exploratory drilling for new oil reserves off the coast of the Arctic National Wildlife Refuge in November 1997 despite attempts, on the high seas, by Greenpeace to stop the delivery of a huge oil rig this summer.

ARCO, and other oil companies, are members of the American Petroleum Institute (API), an industry lobby group engaged in a campaign to prevent international agreement to halt global warming. In its latest bid to derail climate negotiations, the head of API sent a message to the leaders of developing nations threatening the loss of foreign investments for countries which support tougher climate controls.

“It is imperative Clinton and Gore show the American public they will stand up to big oil by announcing their support for a legally binding treaty which cuts carbon dioxide emissions twenty percent below 1990 levels by 2005,” said Kalee Kreider.

“The Clinton Administration has floated weak and utterly unacceptable positions for the US to take as part of the Climate Treaty negotiations,” continued Kreider. “The Administration has clearly decided it is in it’s own best interest to embrace the position of oil giants, like ARCO, rather then protect public health and the environment.”

Some of the potential impacts of global warming include more frequent and severe El Nino events, extreme weather floods, and droughts. Alaska is warming at two to three times the global rate, which could threaten the ecosystem polar bears and other wild life depend on.

Parking was expensive there. No pass. I took the bus to work every morning. It was an Express that stopped right in front of my apartment in Cheviot Hills. It dropped me off right behind ARCO Plaza (now called City National Plaza).

The morning Greenpeace pulled off their protest, there was extra traffic arriving downtown. There were multiple police cars and fire trucks parked. Lots of people looking up and marveling at what the protesters had pulled off.

I liked working downtown. I liked working right across the street from the beautiful Los Angeles Central Library. I didn’t work there much longer after that, though I believe it was their call, not mine, to finish up my temp contract. I already had a position lined up though, I went to work at Jamison/Gold Interactive in Marina Del Rey and never looked back.

And never had to worry about Greenpeace scaling my building, either.

arco greenpeace los-angeles memories
Joe Crawford posted this 7 years ago.
What else did he post in June 2015?
The Date 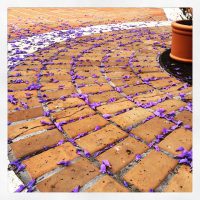 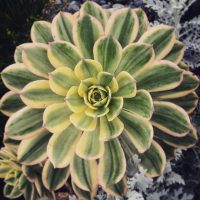