I think I went to a my first, very small, Star Trek Convention in San Diego in 1986 or 1987. My memory on this is squishy. I know I was at age where I could drive. I know it was on Mission Bay — I think it was at the Bahia Resort next to Mission Bay.

But the most vivid memory was of a Star Trek Con, a rather large one, in Los Angeles.

I remember that one because I remember Patrick Stewart doing the monologue from Henry IV, Part II:

How many thousand of my poorest subjects
Are at this hour asleep! O sleep, O gentle sleep!
Nature’s soft nurse, how have I frighted thee,
That thou no more wilt weigh my eyelids down
And steep my senses in forgetfulness?
Why rather, sleep, liest thou in smoky cribs,
Upon uneasy pallets stretching thee
And hush’d with buzzing night-flies to thy slumber,
Than in the perfumed chambers of the great,
Under the canopies of costly state,
And lull’d with sound of sweetest melody?
O thou dull god, why liest thou with the vile
In loathsome beds, and leavest the kingly couch
A watch-case or a common ‘larum-bell?
Wilt thou upon the high and giddy mast
Seal up the ship-boy’s eyes, and rock his brains
In cradle of the rude imperious surge
And in the visitation of the winds,
Who take the ruffian billows by the top,
Curling their monstrous heads and hanging them
With deafening clamour in the slippery clouds,
That, with the hurly, death itself awakes?
Canst thou, O partial sleep, give thy repose
To the wet sea-boy in an hour so rude,
And in the calmest and most stillest night,
With all appliances and means to boot,
Deny it to a king?
Then happy low, lie down!
Uneasy lies the head that wears a crown.

What year was it? No damn idea. I could drive, and it was before I lived on my own. So a 6 year span.

My pal Chris narrowed it down with his recollection:

Woulda been summerish or not much later in 1988; in L.A. somewhere. (Convention Center?)

I pin down this timeframe primarily due to my memory of Denise Crosby explaining why she left the show after 22 episodes; but it’d not been very long at all since her character was killed off, in an episode which aired in late April ’88.

Also Season 2 had not yet premiered, but Marina Sirtis confirmed that they had been renewed; and Sir Patrick vowed that the second season would be ‘better.’

After three decades, that’s how I remember it at least.

Why do you ask?

Was watching William Shatner’s documentary “Get a Life!” – pretty good documentary – on Amazon free with ads on prime. And it struck me that I’d lost track of when that was. Was wondering if it was teens or I was in my 20s that I went. You remember more context than I do—for which I thank you!

Returning to this partial memory, I looked at my blog archives, and it turns out a reference to this convention is embedded in a blog post from 2005: Notebook, 1988—the fragment is this entry!

CREATION still does conventions, 2 years later. Or at least they have been until this plague year. But I’m hopeful they’ll be back in business sometime.

I’m still a bit of a Trek nerd. I try to see the stuff that comes out. I enjoyed Picard and Discovery. I cosplay as Q.

And I love a good Con. I had been looking forward to WonderCon and retain a slice of hope that San Diego Comic Con might still happen. But the odds diminish every day, it seems. Essentially, the best Trek is hopeful and positive, something we need lots of these days.

For even more Trek posts I’ve made from over the years check out my posts tagged with Star Trek.

conventions memories star-trek
Joe Crawford posted this 2 years ago.
What else did he post in April 2020?
The Date 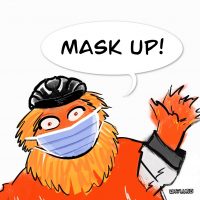