Some years ago I read Caleb John Clark’s essay (blog post, really) about online community and it has stuck with me ever since. It’s currently not easily searchable on the web. A shame. I am extracting it from the Internet Archive and placing the text here.

Email listservs often parallel in person group growth patterns and grow very fast, too fast. Sometimes this will lead to a situation where pleas to the list have no effect and the list is in danger of degrading into flames and lots of useless noise.

Here’s a proven way I’ve come up with to get a list back on its feet and back to its core misson and people.

In Oakland California there’s a hot tub in the back yard of an early producer of the Grateful Dead. You have to go very quietly along an ally next to his house, and then punch the code on a redwood door to get in. My friend did not let me see the code.

There’s a changing room, a hot tub, a redwood deck, a hammock, and a few small redwoods and plants on a lot behind his house that he never developed. Talking is discouraged. No drugs of any kind are allowed. Clothing is optional.

I have an image of the friend I was with during my visit. It’s burned into my brain. She is quite an attractive woman and was standing buck naked in a light drizzle of warm summer rain. The ex-producer had came down from his house (which is inches from the tub) and they had struck up a conversation.

So here’s this soft friendly 50 something original hippie, fully dressed, talking to this young naked woman, at night, in the rain, beads of misty water dripping from his hair, and her body, and all among redwoods in the middle of Oakland. I just swung naked in the hammock I was in and marveled at the scene. We ended up going into his house and he played some jazz on these new speakers he’d just got. They were 8 feet high, three inches thick, and looked like the Monolith in 2001. They sounded smooth as the slick redwood decking of his hot tub.

Later that night my friend told me about the hot tub. She said it had been around for years and at first there was no gate. But then a few incidents happened. Negative things, like drugs or violence. So a gate was installed with a code. The code was then given out to only a few long time users of the hot tub. They in turn shared the code with close friends they trusted. Eventually the code would spread over the years and something negative would happen. Then the code would be changed again. This had happened a few times in my friends long experience with the tub.

I took this over to email mailing lists and thus we have “hot tubbing”.

When a list gets too big, has too many flames, and won’t respond to cries for sanity from it’s core members, hot tub it by doing this:

Joe Crawford posted this 2 years ago.
What else did he post in June 2020?
The Date 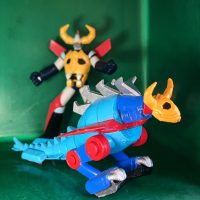 New Bot Day! Daikū Maryū is a giant dragon-shaped robot. aka Great Space Dragon aka Kargosaur. It defends Earth from invaders and also parts emerge and the head pops off to become the torso of Gaiking. Japanese super robots from anime in 1976-77 are super weird!
New Bot Day! Dermot Joshua Gramo aka D.J. Gramo is a quirky steampunk bot gramophone. He’s a vinyl collectible designed in 2008 in the Mechtorians series. I imagine him playing jazz or blues by Louis Armstrong or Robert Johnson at 78 revolutions per minute on vinyl! “If you have to ask what jazz is, you’ll never know.”—Satchmo. 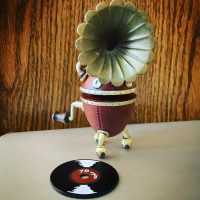