I have been a fan of Ken White for quite a while. He’s the sort of contrarian thinker who nonetheless is able to actually have convictions about civil liberties. His assessments read as evenhanded to me, which does sometimes make them frustrating to read, but he leavens these views in a way that makes me think.

So it’s quite interesting to me that he has announced an exit from Twitter:

Just as Twitter’s former leaders exercised their free speech and free association rights to brand Twitter one way, Twitter’s new boss is exercising his rights to brand it another way. That new branding is ugly and despicable and I don’t want to contribute content to it. The last straw was Elon Musk sending lunatics and bigots against former employees and leaning into conspiracy theories. So I’m exercising my free speech and free association and leaving, and shuttering the account. I’ll probably delete the past tweets because I can’t stomach them being available to promote this enterprise.

popehat social-media social-software twitter
Joe Crawford posted this 2 months ago.
What else did he post in December 2022?
The Date 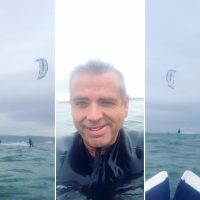 Conditions before the storm: plenty chilly; wind rising; some good waves; better, maybe, for kiteboarders.
New Bot Day! B2EMO is a hard working scavenger droid and a trusted part of the Andor family. And every day is a good day to quote Maarva Andor, who relied on Bee especially as she took sick. From her own eulogy: “The Empire is a disease that thrives in darkness, it is never more alive than when we asleep. It’s easy for the dead to tell you to fight, and maybe it’s true, maybe fighting is useless. Perhaps it’s too late. But I’ll tell you this, if I could do it again, I’d wake up early and be fighting those bastards from the start!” 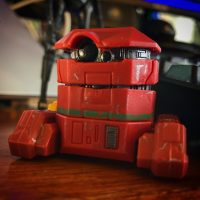