As I leech bandwidth from one of my unknowingly-generous neighbors, I ponder the fact that what we learn about an object depends on the context in which we find it. Our understanding is enhanced, and more accurate when we find things in situ.

And now we live in Moorpark, mere blocks away from the kids’ Dad and Stepmom. It’s really awesome. Al dropped by at random yesterday. This ease is new. It’s the bold experiment called “joint custody” and I think it portends great things. My commute is only ten minutes longer, I have easier access to interesting bike paths along the stream that flows through Moorpark, I’m in striking distance of Amtrak and Metrolink, moderately closer to Moorpark college.

The place is about the same rent-wise as we paid in the last place. Our goal was to drop our rent 20% or so. Well, no. Not a realistic possibility. With four kids, we’d have to be in an apartment with 2 bedrooms or three in cramped quarters. Now, we’re cramped in this new 3 bedroom, 2 1/2 bath place — but it feels homey as well. It’s a new discipline for us, to live in less space. The last two years in a 4+2-1/2 were great and right for the time, but less space will work for us now. It’s a grand new adventure and this new setup changes what it means for us to be “in situ.”

So actually, since my time to getting on the freeway is slightly less in the morning, it looks like my commute to Sierra is basically the same. This is pretty darn great. It’s an hour or so, hour fifteen in the morning.

The real new “commute” time is the time to drive the kids to their Dad’s, and that number is a scant 2 minutes. Left the driveway at 9:43 PM according to the dashboard clock, arrived at the other place just as the clock ticked over to 9:45 PM. This was not in a rush. If I were to ignore traffic laws I bet I could do it in a minute flat. It’s a terrible idea though, there are stop signs and left turns and stoplights, depending on the way you go. Let’s say it’s 3 minutes plus or minus 1.

The money we save on gas for shuttling kids around should be significant. Kids who can’t drive need amazing amounts of shuttling and taxiing. There’s after school academic projects, plus athletic practices, plus playdates, etc. etc. Being where the kids be at is a new revolution and we’re not quite sure what it means, but I think I said before, it’s a radical and wonderful and maybe a little scary development. I’m insulated from much of it since I’m at work during the day, but even I get pressed, happily, into service when I get home. It’s kind of fun, actually.

village voice > art > The Negro Problems Stew Brings His Indie Musical to the Public Theater by David Ng
Ask Stews fans to describe his music and youll likely get a more complete account of his repertoire: cabaret, the blues, soul, punk, funk, r&b, jazz, even gospel.

Recently, the eclectic performer added another genre to his résumé: musical theater. His new autobiographical show, Passing Strange, starts previews this week at the Public Theater and features an original score with close to 20 songs. 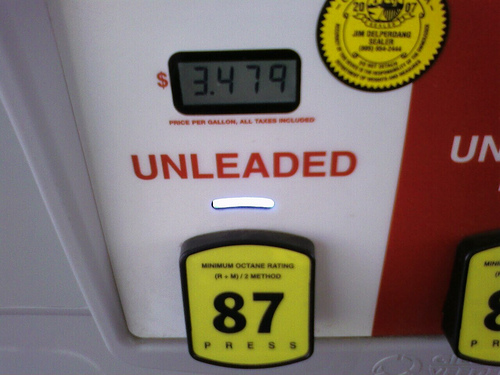 There’s a lot of other stuff going on. The universe once again conspires to keep monies owed us out of our hands. Why are Changes of Address so pokey? Oi!

Lots of work right now, I worked this weekend, and more work this week as always. I’m looking forward to the abundance as a result of this.

My wish for you and for all is for serenity.

I have fantastic job opportunity to tell you about. Below is a detailed job description. Please review and let me know why you are a great person for this. I want to be able to show your strengths to Hiring Manager for this job. Also, I need your resume as a word document. We have to move quickly. Company is hiring within week for PERFECT ENGINEER.

Call me asap. Thanks & have a great day!!

I will update this post later, but today this video for Black Men Ski by Stew and Heidi has made me pretty ecstatic. Look for a longer post and transcribed lyrics when I have some time to spare. Right now, I don’t!

Black men go to Aspen and rent colorful chalets
Giggle at the questions their mere presence seems to raise
Get taken for men we don’t resemble in the least
(Are you?…)
(No)
It’s a winter wonderland in the belly of the beast
And black men ski
Black men ski
Black men send back sushi with a scorned Yakuza’s flair
We make postmodern art with bacon grease and hot combed hair
We secretly play Beethoven inside our bass-mobiles
We can tell you how cool looks, but cannot show you how it feels

Some kids i’ll describe as friends say I am race-obsessed
The luxury of your opinion shows you that you are blessed
I have poems about sunsets, flowers and the rain
I’ve read them to policemen, but it was all in vain

Big Launch today and tomorrow at the contract gig.

There’s a bird in the house.

My sister get’s her Master’s this weekend, I’ll be attending.

Much more another time.