On the eve of a national election here in the United States, I feel as though all things are changing.

In physics, a lever is a rigid object that is used with an appropriate fulcrum or pivot point to multiply the mechanical force that can be applied to another object. This is also termed mechanical advantage, and is one example of the principle of moments. The principle of leverage can also be derived using Newton’s laws of motion and modern statics.

It feels as though all things are about to change.

On Saturday Leah’s kids played the last football game of their season.

On Sunday we changed from Daylight Savings to Standard Time.

The weekend before last I saw some family who had been thousands of miles away, for years. It was useful.

It’s cold again in our house. The fan will be stored, and the heaters are coming out.

The cat is less crazy, and more snuggly. This proves, I think, that part of why he likes us is to maintain his body temperature. Yes, this is a cynical view. I admit he also likes us for the wet food.

School admission dates are happening now. I’ll not state where I’m applying for the moment. But they’re all in the Los Angeles area. Yes, that change will happen.

Today Leah got word that she’s gotten a job in the L.A. area starting in January! I’m excited! Time is changing.

I intend fo have some party’s here in San Diego before we move. Maybe people can come see our killer Sherman Heights place before we go. Maybe we’ll even make it a rent party!

And I’ve not even mentioned the election yet.

Tomorrow I, and my my fellow Americans have the opportunity to participate in a process that has lasted for centuries. An imperfect, complex process. A wonderful, scary process. A process that makes us the greatest democratic republic on the planet.

Lord help us, I hope the process works. And I pray that there will be a clear winner, and that the divisiveness that the Republican Party and President Bush have fomented these past four years will begin to fade into memory.

My fear of course is that it will get worse before it gets better.

But we stand at a pivot point in time, where great power may shift.

Do your part to help shift that power. Vote for John Kerry for President.

And please, wish Leah and I luck in our future. I have grown so much in the past year. I’m ready for the next version of myself.

Onward, and to victory!

Voting in a few minutes; Technorati

Leah and I are going to the polls in a few minutes.

This post is for Technorati Blog Votes [found via Backup Brain ] 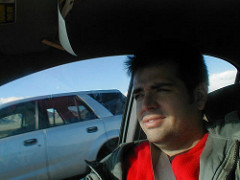 Joe on the way to Utah Originally uploaded by artlung.This photo is from 2002. Though it seemed like we had major Presidential change coming. It ain’t so.

Best thing I’ve read today is over on waxy.org: Greg Knauss on the Political Divide

This morning I learned that a timbit is a donut hole. In Canada, eh.

Yes, It’s been quiet in here.

Catching up a little.

What it feels like that with my personal involvement down to nominal levels, the feeling of “action” on the list is much less than it used to be. So people simply don’t *think* to post to the list.

There’s a pile of to-do’s for me in here, as well as in other parts of my life, and I’ve not the energy to do them. I’ve failed to delegate these, as well.

I’m wondering if maybe what we need is to “hot-tub” the list:

Or do something else.

As it is, it’s very quiet, and not as vibrant as it once had been.

As it is, I am too consumed with 1) school and 2) my personal life to devote to this list the level of commitment and effort that I once did.

What are your thoughts on the future of WebSanDiego?

When a candidate for public office faces the voters he does not face men of sense; he faces a mob of men whose chief distinguishing mark is that they are quite incapable of weighing ideas, or even of comprehending any save the
most elemental — men whose whole thinking is done in terms of emotion, and whose dominant emotion is dread of what they cannot understand. So confronted, the candidate must either bark with the pack, or count himself lost. His one aim is to disarm suspicion, to arouse confidence in his orthodoxy, to avoid challenge. If he is a man of convictions, of enthusiasm, or self-respect, it is cruelly hard…

The larger the mob, the harder the test. In small areas, before small electorates, a first rate man occasionally fights his way through, carrying even a mob with him by the force of his personality. But when the field is nationwide, and the fight must be waged chiefly at second or third hand, and the force of personality cannot so readily make itself felt, then all the odds are on the man who is, intrinsically the most devious and mediocre — the man who can most adeptly disperse the notion that his mind is a virtual vacuum.

The Presidency tends, year by year, to go to such men. As democracy is perfected, the office represents, more and more closely, the inner soul of the people. We move toward a lofty ideal. On some great and glorious day the plain folks of the land will reach their hearts desire at last, and the White House will be adorned by a downright moron.

This is not really new, but it’s something I want to do more work on. Much of the code is in C++ (the topic of a current class I’m taking), so maybe this is worth looking over very closely. Analysis of an Electronic Voting System from February 27, 2004, by Tadayoshi Kohno, Adam Stubblefield, Aviel, D. Rubin, Dan S. Wallach.

Lyrics of the moment (from The Drug Suite by Stew):

“If A equals success, then the formula is A equals X plus Y plus Z. X is work. Y is play. Z is keep your mouth shut.” 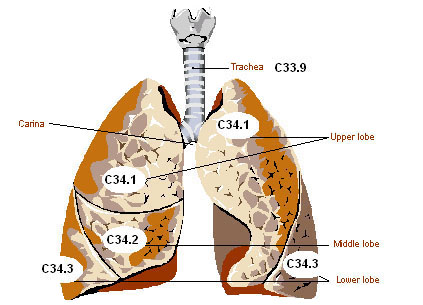 the LUNG part of artLUNG dot com is not something I worry about much, but occasionally I come across illustrations or sites that are interesting go me. so i’m hard-drive cleaning, and i cleaned this one off to flickr. heaven knows whose copyrights I’m violating, but it’s a cool illustration i picked up months ago.