Friday afternoon I answered a tweet of the incomparable ChefJoanna which ended up getting one of our houseguests a very full night of work doing such things as separating crab from crabshell. Joanna needed a replacement assistant for the night, her regular assistant having gotten into a car accident. When I called her up on her phone and said who I was and what I was calling about there was a long pause at the end of the line—“uh, really?”–which in retrospect makes me laugh, laugh laugh, but during the phone call what I said was “not me, my sister-in-law!”

So Joanna got some needed help, and Heather (my s-i-l) got a full night of work. Who says twitter is useless?

Leah and I went to dinner for our weekly date night and purchased a replacement mouse for her laptop at Fry’s. We also bought a copy of Bust magazine and a Toblerone. Yes, we truly do know how to keep the spice in our relationship.

I mock, but we really do know. I’m not sure how we do, but we do. We ended the 3 day weekend by buying Super Mario Bros on WiiWare. You really can’t get more exciting that that.

Whoops, I’ve fast-forwarded through the chunky middle part of the weekend. Apologies.

The plan for Saturday I mentioned before. The five of us started the day at 11am or so by driving down into Hollywood. I felt in my element pointing out landmarks and what history I know. We got to the Hollywood & Highland complex early and so we all wandered Grauman’s Chinese Theatre’s front courtyard. We espied the footprints and handprints of the famous. Will Smith’s feet are huge! The folks in costumes out front were sort of–well, they are what they are. There was a particularly sad pair of Superman and Supergirl, two Jack Sparrows, Darth Vader, Snoopy, and a particularly scary Catwoman. As I understand it there is documentary about the folks who busk in costume down there. Actually, busk? Are they entertaining? Are they simply panhandling? Are they hoping to be discovered? Are they mentally ill? The names in the concrete are impressive enough, but I asked Leah “is it possible that things can be both dingy and glamorous?” Her answer was a simple “yes.” All that said, it was fun to see the names again, and see the newer names. I think I’ve not been down there to gawk in 10 years. I mock, but if you come visit us and you wanted to see it, I’d gladly take you down there.

Soon enough it was time for the 1:20pm show of Prince Caspian at the El Capitan. It’s funny, I was not sure if I ever saw a film there. I remember having the thought various times over the years that it would be great to see (insert Pixar or Disney film name here) there. The place is, after all, owned by Disney. And it was indeed a great place to see a Disney film. The seats were not the most comfortable ever, but with some of my weight loss definitely more comfortable than it would have been 4 months ago. The VIP tickets I got for the five of us were a good investment–the place is beautiful. The details and decorations were stunning, and while we waited an organist seated at the center of the stage played songs from Disney films. The pipe organ sounded very impressive. I was not aware of how much history the El Capitan has. I did not know that Citizen Kane made its debut there. You can read even more about the theatre and the its organ at the American Theatre Organ Society. Prince Caspian was an impressive film, though I’ll confess that I’m not as familiar with the Narnia books as I might be. I think my companions dug it and we all had a good time. Afterward we looked at some of the props and costumes from the film housed in the lobby and in the basement. It was impressive, though the line after the film was daunting. I think next time I see a film there I’ll try and make sure we see whatever props and such from the film before the film and not after.

Afterward we were actually hungry. The little one in the group mentioned hot dogs, and so of course I thought Pink’s, but Leah was psychically prepared for this gambit and said “NO PINK’S” just as I suggested it. Yes, she speaks in all capital letters sometimes. We too the slightly more sane, but equally tasty and quick and greasy solution: Carney’s. At least the line is shorter and the view is better. The food was pretty good, and the company was great.

Afterward, we trekked east to Griffith Park. Our houseguests have a fondness for geocaching, and amazingly, Leah and I agreed. Nathan had downloaded a few spots in Griffith Park to his handheld GPS and we drove around seeking it. The first one we sought turned out to be on the north side and not accessible to us since we came into Griffith from the Los Feliz side. The second one, on the other hand, required us to walk up to the Observatory. I’m always up for hitting Griffith Park Observatory. We sort of found the one up near there, and found a shedded snakeskin. It was a pretty day, at any rate: 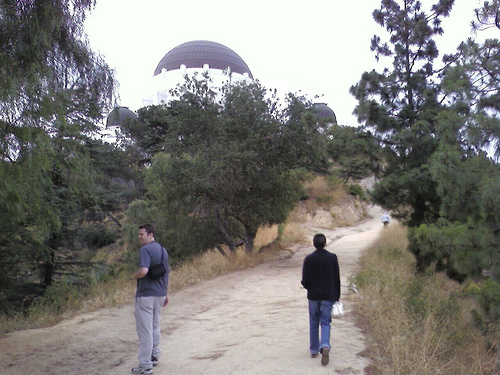 So the first one was a bust, the second one not really a success, but the third one was a rousing success and we added ourselves to the logbook and even traded an item out. I might have the terminology wrong, but you can learn more about geocaching here.

Saturday was totally packed man. Sunday was mellower. I slept way in. I did a little bit of work, anticipating a day off Monday and the possibility of jury duty this week–I wanted to make sure I got some hours in to make up for it. Gotta keep the IRS debt train rolling. We’re doing pretty well and on a nice self-imposed schedule of mailing off a check each 15th of the month. I think June’s check will be nice and fat.

And yesterday I got up much earlier. There’s so much that happened yesterday but none of it’s really noteworthy. I spent a lot of time listening to podcasts and cleaning up the garage. And when I say “clean” I mean, moving things around, reorganizing, making space, and getting my feet very dirty. I love that my dirty feet gross people out (check the comments). 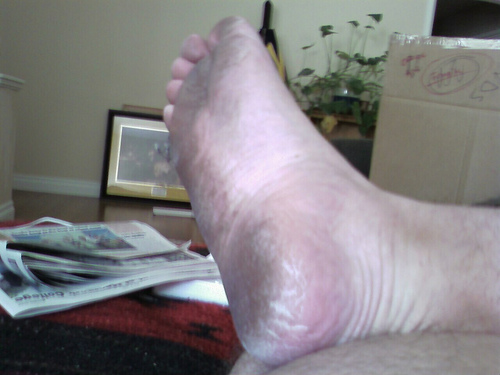 Our houseguests went to the beach. Leah slept way in, and I puttered around the house. It was a very good day. I even shaved! 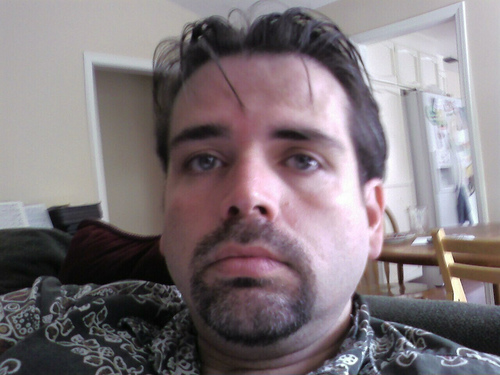 Better than my stanky foot! But I look sort of–uh–stoned in this photo. I assure you I’m still straightedge baby.

The ending of the day was buying Super Mario Bros. for Leah, as I already mentioned. I was never a big Nintendo fan, we didn’t have game consoles when I was a kid. I had my computers though. I do know how to play it though, exposed to it through friends. The WiiWare purchase process was impressively painless. The guys at work keep goading me into getting an Xbox 360–which with the Live Arcade service has been the most successful game download service. But another console has to wait until much later in the year. Financial priorities are where it’s at, baby!

Speaking of digital downloads, I ordered Passing Strange on iTunes Plus. I’ve been listening to it as I write this blog post. So far, I love it. It’ll be on heavy rotation for a while.

And that’s where I’ll start the week. Also, my feet are clean as a whistle now. Maybe I’ll share another photo? Hah!

Joe Crawford wrote this Tuesday May 27th 2008 at 6:25am That was 13 years ago. The Date 2 comments tags→ games movies music weekend

Hah! You were not the only 30-something, childrened (that’s a word, non?) couple that played Wii for much of the weekend. Our poison was Mario Cart. We found we can play on one team…. awww, shucks – we are adorable!

Congrats on keeping your debt train on track. Did you know Willie Nelson was in the red so much that he had to make an album to pay off his IRS debt? I haven’t verified it with the truth serum of the internet, but I am pretty sure it’s true. Just some food for thought when you feel low about the total amount still due.

I think what you mean is “childrenated.” And… Mario Cart! Fun! I think we have a version of that for the GameCube. I think it might even work on the Wii…

As for the IRS debt, I know that some folks have been hounded to death by IRS debt, not me though! I’m gonna get it all done! Though I doubt I’ll be able to put out an album. 🙂

Thanks for the comments Christine! 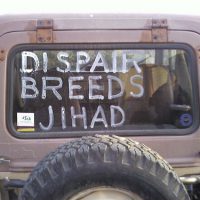