Yesterday I drove to Union Station to see my friend Chris Greazel. Chris I’ve known for over 20 years, ever since he was the artist and I was sort of the cartoonist at my high school. He’s still quite talented, see Greazel.com.

Anyway, I had a great time. Here are some random photos from short trip to Orange County:

Here’s me entering at the transit center end of Union Station in downtown. I took Metrolink to Irvine to see him. One of my favorite places in the world is Union Station downtown. Also, I love trains. Also, it was nice to avoid traffic altogether for my trip to see Chris. Usually we meet somewhere in the middle — but time constraints for Chris have been more significant lately, so I made the trek south. 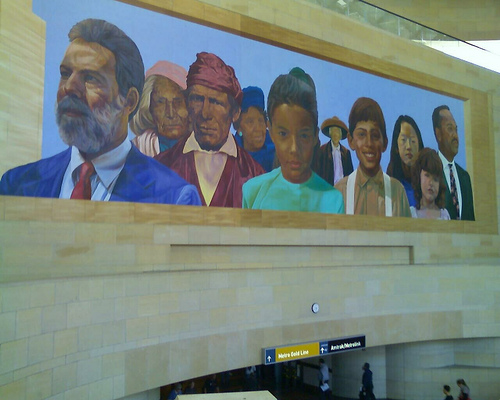 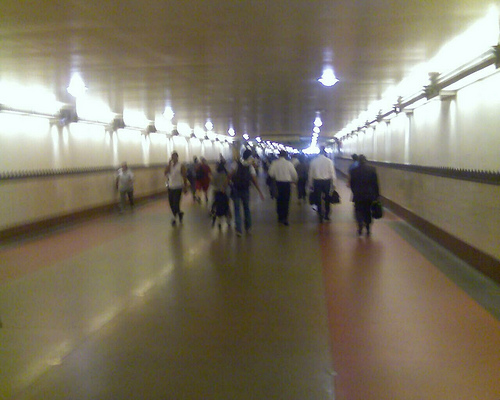 He picked me up and we headed to have some dinner. We had wonderful bento-style box dinner. I had some particularly good teriyaki beef. I don’t have photos of that, sorry. We talked about all the things we usually talk about — everything from life, kids, money, health, everything. The completeness of our communication is something I cherish. We are good counsel and ears for each other. Again, no photos of that. After the meal, we hit a Jo-Ann Fabrics store I saw on the way to the restaurant. I was itching to buy some ink, but they did not have the ink I wanted. They did, however, have these Obama and McCain masks (not pictured: H. Clinton and Bush masks): 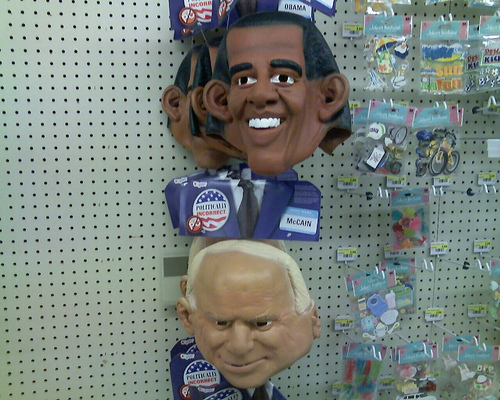 I also nabbed a photo of Chris in front of the pens. The lighting is harsh and fluorescent, but as he said “that is how I look.” I owe him a better photo than that. Maybe next time. 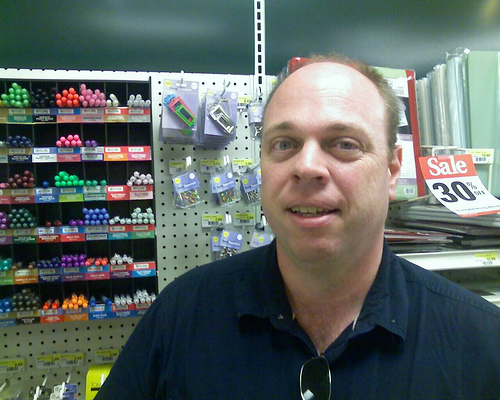 After that, he showed me where he works, they have lasers there! It must be the future: 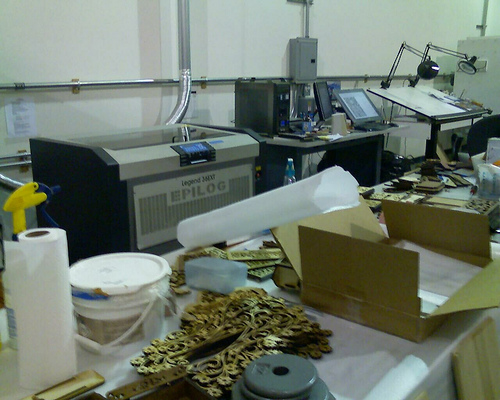 The company he works for does excellent work in laser-etching products, and he’s their chief designer. It’s impressive stuff.

After that, he dropped me at the Fullerton train station on the way home. I nabbed this spooky self-shot of me as the train north was arriving. I kind of like it. 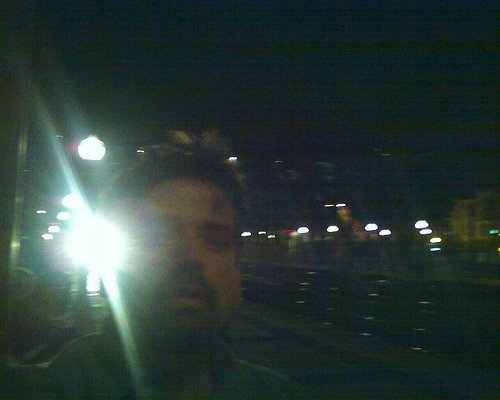 The train home was uneventful but comfortable. Before I knew it I was back at Union Station, and getting my car: 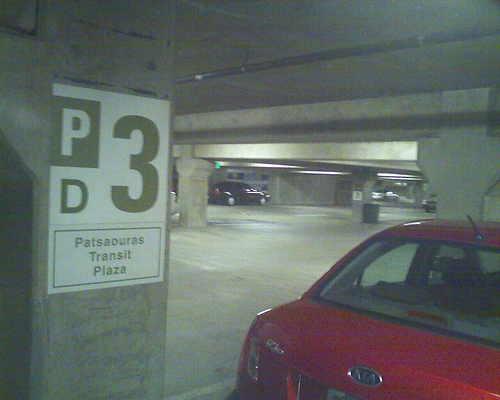 I paid my $6 parking fee, and headed home, though I did first stop at World Book & News in Hollywood to look at magazines. I am so unimpressed with how parking on Cahuenga at Hollywood Blvd has gotten harder over the years. There are many clubs and bars down there now, and you can scarcely park. That was frustrating, but the newsstand had some interesting items. After that, I headed home. All-in-all, an excellent capper on a month of vacationing.

Chris Greazel friends magazines photos transit
Joe Crawford posted this 13 years ago.
What else did he post in August 2008?
The Date

Ooo, you were near my turf! North Orange County FTW!

(Currently in 8th place in the contest, just need to stay here until it ends Sunday. Top ten get phone interviews.)