The IRS Slog: All But Over

Now, we’d had a similar problem for tax year 2007, but got help from family with paying that off.

It’s 2014 now, 5 years later, and we have managed to pay that down now. Once we electronically file with the IRS and the California Franchise Tax Board, we will no longer have any IRS debt. The debt snowball we’ve been keeping track of has shrunk, slowly but steadily in that time. At one time our IRS payments were over $800. Leah remembers a day when we negotiated that payment down to $700/month and that was a great day. Cashflow is such a challenge. For us. For everybody.

We ended up with a monthly payment of $500/month, which is not a small amount of money. It’s money we wish we could use for the good stuff of life, but instead it was used to pay the “Government.”

Strangely, I don’t feel any animus toward the government about any of this. The IRS has been professional all along. They’re realistic and humane. Only about 1 in 6 IRS folks I’ve talked to on the phone, to negotiate payments, to defer a payment for a month, took the time to be a jerk. They were generally kind, sometimes with accents, sometimes not. Their computers were universally slightly slower than I wanted, or maybe I was universally anxious and impatient when I talked to them.

The anxiety has been going for more than 6 years. Back in 2008 I wrote about it: “Tax Day Was Yesterday And Today I Am Not Dead“.

We’re still owe 5 figures to the IRS, not where we want to be. But we have a big chunk coming back from our rental deposit on our last place and we have some other windfalls forthcoming soon. We’re making good progress and are on track, I think. Next year, things will be different.

We need to get smarter about taxes though. Otherwise that’s going to be a bite every time, all the time. We are working on it.

And in 2012 I wrote rather hopefully about it, looking forward to someday when it would get paid off…

The enormous tens-of-thousands of IRS debt that Leah and I have been shouldering since 2008 is now low enough that we can see the light at the end of the tunnel.

It’s rather hard to believe that we are now just a few electronic transactions away from owing nothing to the IRS.

Anything is possible, still. And lessons abound.

irs money taxes
Joe Crawford posted this 8 years ago.
What else did he post in January 2014?
The Date

Watching you do an anticipatory happy dance two nights ago while talking to our wonderful accountant and realizing it would be over this April? Up there in the top moments of our marriage. I love you, baby. We did it. And I don’t know if that number even includes all the penalties and extra taxes they put on every month when you can’t pay in full but WHATEVER it’s done. <3 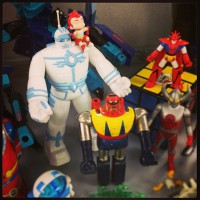 The Big Guy & Rusty The Boy Robot! Any day with robot additions can’t be all bad.
Giving blood with San Diego Blood Bank. 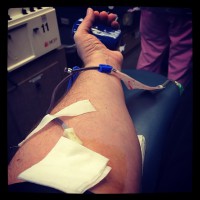