Quote of the Day from Prof Galloway

From his post @elon: in which Galloway says what free speech actually is and how it applies to Twitter.

…Some basic law: Free speech is essential to a functioning democracy, but free speech is a protection from government limits on speech. Free speech doesn’t limit Twitter … it protects Twitter. Rigorous adherence to the principle of free speech means Twitter shapes its own voice, which, if it decides, is not amplifying hate speech, false speech, or speech calling for insurrection. Users who want that content can find it elsewhere, such as 4chan, or Truth Social (not really … DOA). Free speech principles are government principles, just as censorship is government action. Everything else is competing speech.

Moreover, Twitter is an important space for communication, but “free speech principles” and “democracy” do not require or even suggest that Twitter let anyone say anything. On the contrary, they militate for reasonable moderation. An unfettered forum is not free, it’s an invitation to mob rule. If Twitter is the “de facto public square,” that’s because the site moderates content, not despite its efforts to do so. Almost nobody wants unfettered speech on Twitter. Imagine your email inbox but with no spam filters … times 280. Moderation is why 4chan gets 20 million users per month, while Twitter gets 217 million users per day.

professor-galloway twitter
Joe Crawford posted this 8 months ago.
What else did he post in April 2022?
The Date 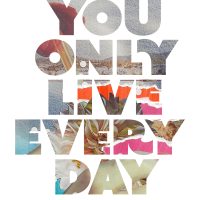 YOU ONLY LIVE EVERY DAY
As a kid I busted open the bridge of my nose falling off a swingset. Big bandage there. And my dad in shades. Also I have a miserable cold right now. Also it takes a long time to copy 9500 photos to… any cloud service or usb drive. 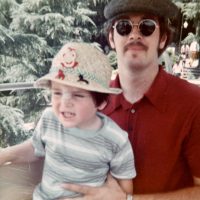