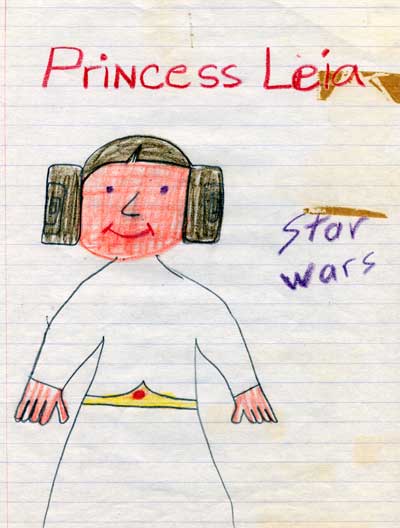 I really like that 7-year old self of mine.

Princess Leia smiles, though I think she only smiles one time in that whole Star Wars movie.

I saw that movie 5 and a half times, by the way. I mean, in the theaters, that Summer.

Kids did indeed keep track of that.

The one half of Star Wars part was I went one time with my Dad after he got home late from work. I have no idea /why/ we went, but in those days, kiddies, if you went in for part of one show, you could stay for the next. Granted, this was 28 years ago, but I think we went in around the time that the Millennium Falcon was being dragged into the Death Star by tractor beams. We sat and enjoyed the movie. We stayed to the end, and saw it again. My father is very proud of having taken me to see Star Wars at Graumann’s Chinese Theater in Hollywood on the first day. He had read the buzz, or heard the buzz, and knew it would be cool. I am thankful he did this, as it was perfect for a 7-year old kid with a big imagination. Thanks Dad.

You see, kids, in those days, there was no such thing as a VHS cassette, or a DVD, or buying a movie. You had to go to the theater, or see it on a plane, or see it on one of the three tv networks. And believe me, it was a big deal when a movie you liked showed up on TV. I think I remember thinking it was a big deal when The Rescuers showed up on Wonderful World of Disney some Sunday night.

It’s a whole different world in terms of media consumption. I guess you knew that already though. I mean, to those of you who read this blog, I’m like, another media producer. That blows me away, that in some sense I’m broad-narrowcasting some entertainment out there to people. Am I performing? Am I just keeping a diary? I guess the answer to both those questions is yes, which is a bit crazy. It reminds me of reality TV, which is voyeuristic for the watcher and exhibitionistic for the participants. Some of you may remember that I auditioned for one of them a year ago. I have no doubt that there’s exhibitionism in me. It’s not one of my better qualities.

So this morning was great so far. It feels very much like a vacation. Hey! It is!

A lovely lazy languid morning. Tony helped with breakfast. I started this post. Then we all enjoyed a good breakfast. Tyler mowed the lawn. Put a pot roast in the Crock Pot for later. Then everyone got their showers and dressed for the day. Leah wore curlers this morning and looks amazing. She’s so beautiful.

The unexpected thing I did today was hand the laptop to Ali and said “Hand this to your older brother, Alex”

What was I handing her to give to Dev? Why, it was a web browser opened to Why’s (Poignant) Guide to Ruby, which is a wonderful book about programming, of all things. Ruby is a computer language, and a peculiar and interesting one at that. And that book, free online, is funny and witty and instructive. Dev was riveted, and was giggling at it immediately — quoting passages to me and Leah as he would find funny bits. Like this one

An array is a list surrounded by square brackets and separated by commas.

Think of it as a caterpillar that has been stapled into your code. The two square brackets are staples which keep the caterpillar from moving, so you can keep track of that end is the head and which is the tail. The commas are the caterpillar’s legs, wiggling between each section of its body.

Once there was a caterpillar who had commas for legs. Which meant he had to allow a literary pause after each step. The other caterpillars really respected him for it and he came to have quite a commanding presence. Oh, and talk about a philanthropist! He was notorious for giving fresh leaves to those less-fortunate.

Yes, an array is a collection of things, but it also keeps those things in a specific order.

Those are some seriously silly words there. I dug it. And Devon dug it too. It’s moments like this I really treasure, to share the little bits of ephemera in my brain.

Sometimes one is just right on, and a link pops out to me to share. Sharing something that I enjoyed with someone else.

A few hours ago we went up to the EATM at Moorpark College. It’s small, but it was a lovely time. I thought of two people, Meg, and my cousin Jessica, who aspires to a career veterinary care. They have these beautiful mountain lions there. Even in cages, they are majestic animals.

The boys loved the monkeys, with their expressive eyes, inquisitive nature, and colorful butts.

I changed the tagline on the site. I’m making my goal one scan a day. I did some scans this morning so I can post at least one a day. So, you loyal visitors have that look forward to.

Okay, have a great Holiday!

What happened to the 1/2 time? Why didn’t you see it the full six? 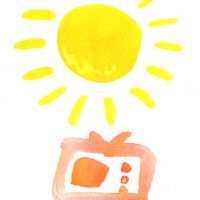 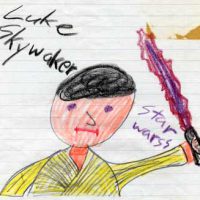