Things I Spend Time With 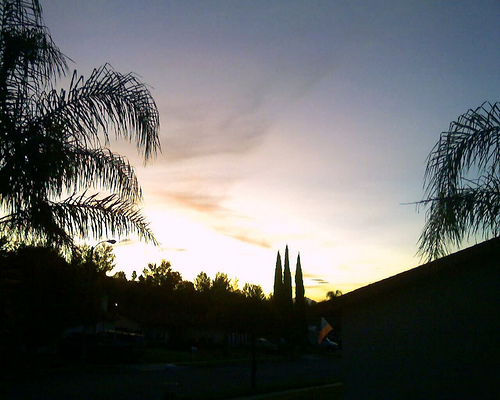 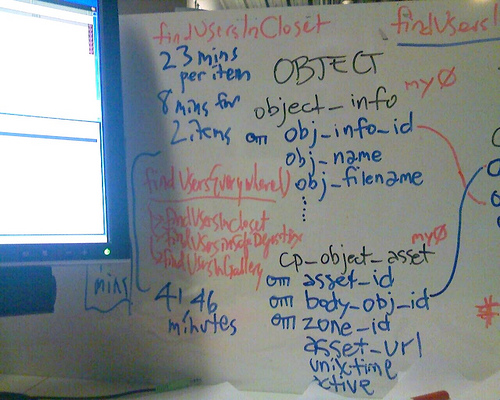 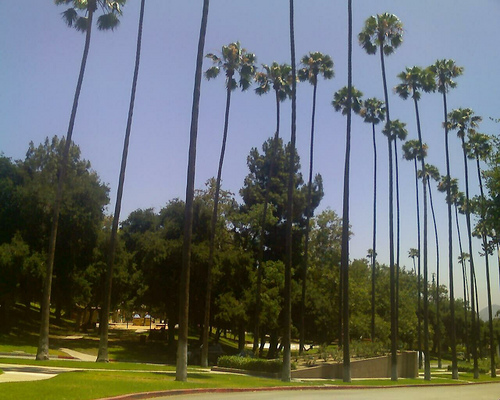 Nearly always with my iPod. Two weeks ago I thought I had lost my iPod for a night and it absolutely terrified me to think that I would not have it and would need to spend valuable cash to get a new one. Luckily, it was found where it should not have been. And my sanity was preserved, slightly.

Additionally, I’m 39 years old and I have not emotionally and physically felt my age more than this year. I’m undergoing a radical health transformation right now which is to the good, but also somewhat troubling. Our home scale seems to have a margin of error of 30 pounds, but notwithstanding that I believe I’ve lost about 45 pounds in the past 2 months. This defies all logic and I find it somewhat worrisome, but I’ll take it for now. On the tax tip, we’ve made it halfway through the year with taxes taken out of most of our income, so our daunting tax bills that have nearly killed us the past two years probably will not recur next year. One step at a time, all things change and improve.

I’m learning at the new dayjob — working in a continuous deployment environment can be terrifying — but in some ways it’s like working at the hospital again. I’m working in the intensive care unit for a rather monstrous, difficult patient. Sometimes it’s fun. I could do without the cynicism it creates in others (and me) but I’m learning what it takes to keep a large web application running 24/7 to customers using it in the thousands, all the time. I’m still a newbie but am surviving.

And that’s it from me for now. Hey, onward kids.

Is anyone reading this? If so, why?

Mastering the Art of Combat!

I find Nobody Scores! inscrutable, which is often good, and sometims the flashes of brilliance crack me up!

I’ve used the term a few times, and now it’s time to officially coin it: Hate Driven Development. It’s when you come to hate working on something so much that it inspires a surge of productivity that leads to completion. Most projects that involve this methodology include a procrastination phase.

A few photos from my commute, in no particular order: 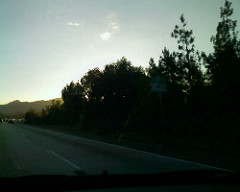 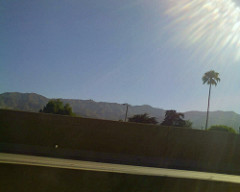 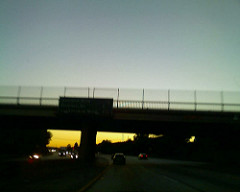 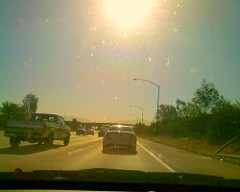 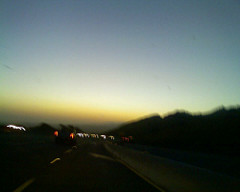 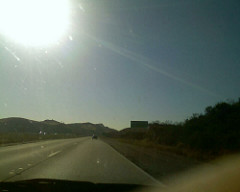 It’s always dislocating to return to a place where you have not been in a while. My memories get activated and I’m taken back to when I was 5 years old and trying to catch the little four-winged moths that hung out on this lawn. I remember my uncle parking his truck on that lawn after returning from the beach and washing it when I was in my early teens. I remember riding a Wham-O Slip-and-Slide on the yard. I remember being so small that I could not throw a basketball high enough to hit that rim. I remember playing horse with friends on the block when I was 13. I remember the time my aunt’s dog had eaten some sort of poisonous thing and we all collectively got her to swallow a big ball of wet salt to induce vomiting. I think of more negative memories as well: being forced to do pushups on the lawn and being chastised for my unfitness. I remember arguments between family members that scared me when I was a kid. But I also remember being welcomed back many times by so many people as we returned from the Philippines, from New Orleans, from Los Angeles, from Virginia. So many homecomings. The torrent of memory is overwhelming, but somehow it all managed to coalesce into a positive experience. I had a terrific time, and only got mildly sunburned when we went to the beach. 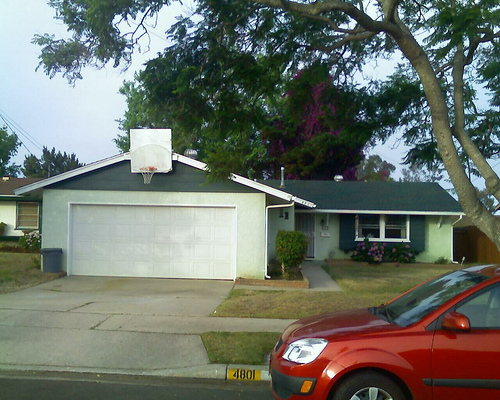 Moderately interesting. Another piece of data in the migration of everything on the web towards a Facebook-style or twitter-style update stream.

We’re contacting you because you shared your public Flickr photostream on Yahoo! by configuring photo-sharing in Yahoo! 360°.

On July 23rd, as part of the closure of Yahoo! 360°, we will migrate this preference to our new service, Yahoo! Updates.

Yahoo! Updates is a service that helps you keep in touch with friends and family by sharing mini-stories and thumbnails of your latest public photos with the people you know in places like Yahoo! Messenger, Yahoo! Mail & Yahoo! Profiles. These updates will be shared each time you upload public photos to Flickr. Like your photos on Flickr, these updates are also public, and can be seen by other users.

To learn more about Yahoo! Updates and control who can see them, please visit your Yahoo! Profile Updates Settings Page. If you’d like to stop sharing your Flickr photostream via Updates, please look for the Flickr logo on the left side of the page. Change the corresponding pull-down menu option to “No One”, then click the “Save” button.

My Sister and Brother-in-law could not possibly be cuter.

From last weekend, after having gone to the beach. They live on the East Coast in the D.C. area. However, every Summer they visit and become San Diegans for a while. 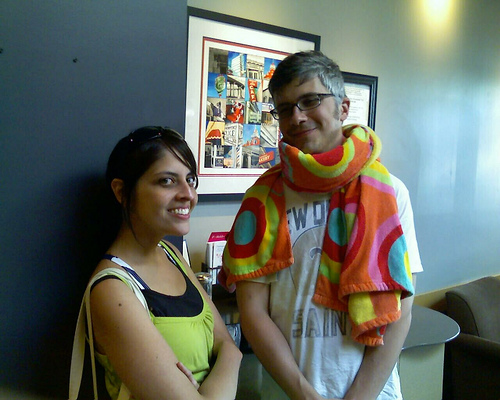 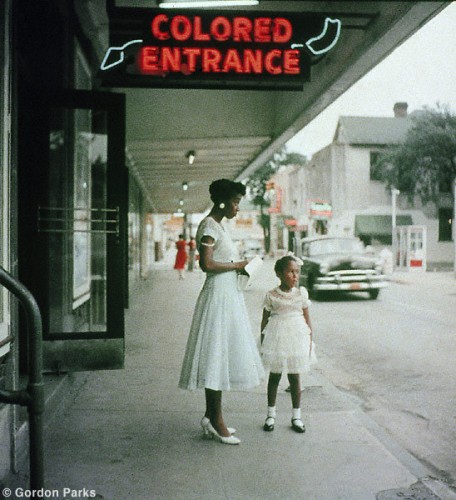 Gordon Parks was a groundbreaking American photographer, musician, poet, novelist, journalist, activist and film director. He is best remembered for his photo essays for Life magazine and as the director of the 1971 film Shaft.

Comment: I think we have a clear winner. In future we’ll always leave very late and travel north. Logistically, this may prove to be a problem, but since it’s just an implementation detail we’ll not address it at this time.