On Foursquare, nobody knows if you’re in the North Pole.

(title of this post modeled on “On the internet, nobody knows you’re a dog.”)

Puzzle & Processing maven Jim Bumgardner had quite a week! In his post Mayor of the North Pole today he detailed the shenanigans he got into playing with Foursquare, The Foursquare API, and curl. I saw him speak at BarCampLA 7 in May last year, and he is inventive, smart, and witty.

I was thinking about sending false data to Foursquare after I did my first checkin today at The Mojo Cafe here in Roanoke. I was struggling to make FoursquareX work on my laptop. I don’t currently have an iPhone, Android, or other smartphone, so I had to text “@ The Mojo Cafe” to 50500. That was it. Soon enough I got a reply to my phone saying:

“OK! We’ve got you at The Mojo Cafe.(+6 pts!) You’ve also unlocked the newbie badge!

I wondered if anything would keep me from checking in from the gas station down the block, or someplace in Africa? I was not sending any geodata, I didn’t think an SMS would carry any location or closest cell tower data to 50500. They trusted me.

I wonder if Dodgeball dealt with “fibbing” checkins and if so, how did they deal with it? How about Brightkite? How about FireEagle?

Marketers love Foursquare. For example: Restaurants should use Foursquare for Marketing and Foursquare’s plan to rule local advertising. Bumgardner addresses this:

More generally, I think the combination of a poorly moderated and insecure folksonomy with incentives (e.g. badges, mayorships, free meals, etc.) is a fragile one. The greater the incentives, the greater the motivation for cheating.

As it stands right now, foursquare has quite a few holes. If I were a restaurateur or coffee shop owner, I would be very wary of giving free meals or lattes to foursquare mayors, unless the employees know the mayor by sight.

I think the UI of the Foursquare apps thus far has cut down on bad data. They also let you define private spots for just you and your friends. As I understand it, the official Foursquare mobile apps attempt to locate you using GPS; in this way they limit the possibility of choosing false venues.. This limits most people’s ability to game the system. API calls and text message checkins subvert that aspect of the UI. This is an interesting problem and I wonder how it’ll get resolved.

The other aspect of the system that I think must prevent some abuse is “fair play.” I think it would be less satisfying, as far as a game goes, to win a Mayorship by cheating the system. Nicole Lazzaro’s The 4 Fun Keys talks about the emotion of “fiero“–the feeling you get when you succeed at something difficult–it’s a kind of exhilaration. I suspect cheating would take away some of that “game” aspect of “playing” Foursquare. But I suppose cheating it would be yet another kind of game. Why not check in at Brigadoon or Atlantis or R’lyeh for the fun of it? A different kind of fun, but fun. It reminds me of the “Fakester Purge,” which was when Friendster deleted accounts of “fictional characters.” Will Foursquare struggle in a similar way?

The other day I wrote about Stack Overflow’s game-like aspects. Gamasutra also recently wrote about Foursquare in that context, see page 2 for the good bits about the theory of Foursquare.

I wonder what all this means for location-based services. Could apps be forced to go through extra authentication? If you lack GPS data, how can you verify someone is where she claims she is? And if you can’t eliminate unverified data, how well can you mitigate against its effects?

Also: I welcome folks more familiar with Foursquare and other location based services to correct me on details I may have gotten wrong.

foursquare location mobile social-software
Joe Crawford posted this 13 years ago.
What else did he post in February 2010?
The Date

I appreciate the “Fair Play” thought. Games are more fun when they are fair. I wonder if Foursquare is looking for a way to factor in questionable checkins with less weight somehow.

And yeah, as a “texting” Foursquare user, I’ve checked in, like, almost not at all. If I don’t get the title “exactly” right, then it doesn’t really associate the checkin with a real venue.

Though I have to say, I’m not motivated enough by this to want to upgrade my phone.

Thanks for your thoughts!

I’ve had this starred in my reader forever cause I wanted to comment.

I use fsq religiously and I love it. I like that I can “cheat” because if I forgot to check in somewhere I can do it on the mobile site. However, I only let myself do it the same day because then it doesn’t change my points for the week.

I do wish there was more “fair play code” among users. There’s a Starbucks next door to my work that I go to 5 days a week. I had mayor for a few months until someone who worked there joined the same week I got really sick. She quickly stole it from me and I can’t get it back because she’s there as often or more often than me. It’s definitely not fair to be the mayor of your workplace says I.

Oh, and a big problem with the text option is that if you don’t know the exact name of the location, or it’s not listed, or it’s one of many, many Starbucks, checking in is very hard. One of my good friends loves playing, but the text just doesn’t work for her so she uses the mobile website to do her check ins. (It’s really compelling her to get a smart phone.)

Yeah, I’m not sure what to make of this “problem” — if indeed it is. I’m curious to see how these mobile web apps adapt to this kind of user behavior to keep engaging for the non-cheaters and cheaters alike.

Interesting post, this has been going on since Day 1 of Foursquare unfortunately. And now that Foursquare has gained some traction in the social media circle of the “checkin apps” I agree it needs to address the issue of making sure the users GPS coordinates are correct. There are tons of threads at the Foursquare support forums debating just what to do with those foursquare users who check-in via Text Message. Its a tough one to call, do you just ignore a huge base of users and not let them play just because they don’t have a smart phone? or do you allow them to play knowing some will cheat and check-in at places they are not in b/c it does not send the GPS data.

I think in the end Foursquare might do away with allowing Text Message checkins once the usage of it drops down a bit.

Though this is a problem for all social media sites that use GPS coordinate data. I can fake my location with foursquare, twitter, Google’s Buzz or any app that uses GPS data from an app that controls my GPS output on my iPhone.

Good tip on the FoursquareX mac application, Im checking that out and it looks pretty neat. Looks like you could fake your location on that too pretty easily. Oh well, maybe its for the best we have these loopholes when it comes to getting GPS data attached to our social media outlets, you know… for privacy and all. (or at the very least an illusion of it) 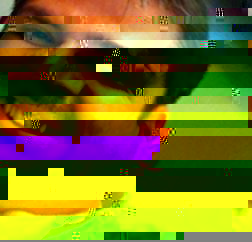