The Book Baton (Books of Importance To Me)

1. Total Number of Books You Own

Man. I’m not even sure. Before we moved I had many hundreds I think. We gave away to Goodwill many of our books. And how do I count graphic novels, of which I have many?

Let’s say I have 200, plus minus. And since I’m married, do I count books that came via Leah? Not sure.

Leaving the Saints by Martha Beck. Granted, I bought this for Leah because she asked me last time I was in Borders Bookstore here in Simi Valley.

I have a habit of grazing over books and not quite finishing them lately. It’s sad to say I can’t remember the last book I read to completion. It might be Salmon of Doubt by Douglas Adams, but I’m not sure.

4. The Book(s) I Am Currently Reading

Not Otherwise Specified by Leah Peah is the book that I read in the tub and when I have spare time. It’s good. And I’m pretty objective.

I think I got stuck unfinishing books with Neal Stephenson’s “The Baroque Cycle” books: Quicksilver, The Confusion, and The System of the World. These are long (900 pages or more) books with dense prose. Good, but not exactly “popcorn” literature. It’s frustrating because Stephenson is a three-way tie for first for my favorite author.

6. The First Book I Read

I have no idea. Maybe it was Charlotte’s Web, which I read with my Mom when I was perhaps 6 years old? I really don’t know though. I’m sure there were children’s books I read when I was much younger. I loved the Richard Scarry books. I liked very much Green Eggs & Ham by Dr. Seuss of course. Which of these I read first I am not sure.

This is a tough question.

The first book that pops to mind is Islands in the Net by Bruce Sterling. I first read it in 1988. I had been to a signing at a bookstore in La Jolla. William Gibson was signing Mona Lisa Overdrive, and as an aside walked over to the new hardback books and said “This is the guy who really thinks about this stuff,” it’s great. That book was Islands in the Net, and the author was Bruce Sterling.

That book is densely packed with ideas about the world that are relevant today. It’s got email addresses in it. It’s got drone aircraft that carry out assasinations. It’s got a ubiquitous internet where people work and play. It’s got scary data havens and offshore banks, postnationalist gangsters, and more. Much of it is dated, I believe there’s still a Soviet Union in it. But pound for pound it’s full of stuff.

In the nonfiction realm the book that has had the largest impact is probably The Road Less Traveled by M. Scott Peck. It’s about maturity and marriage and being in touch with ones’ feelings. It’s a book I enjoyed and thought interesting when I was younger, but I really discovered the wisdom of the book when my marriage fell apart. It was comforting to be presented with the truth “life is hard” — and it gives a mechanism to enjoy that life regardless of that difficulty.

You Just Don’t Understand by Deborah Tannen is the first one that pops to mind. It’s about the differences in communication styles between men and women. It’s eye-opening and rather mind-blowing.

The Vanishing Hitchhiker: American Urban Legends and Their Meanings by Jan Harold Brunvand is great too. It’s all about these myths Americans carry around and their meanings. Whenever I hear of internet hoaxes I think about this book, because it shows how people take on legends as truth. Urban legends insinuate themselves into the fabric of our belief system.

The Demon-Haunted World: Science as a Candle in the Dark by Carl Sagan. This is an excellent book warning about our ignorance of science and how it impacts the way life is lived in the modern age.

Probably Islands in the Net, or Philip & Alex’s Guide to Web Publishing. They’re “kick in the pants” type books. Fire the neurons, get me inspired.

Hmm. Maybe Vox by Nicholson Baker. I was a big fan of his for a while. But I think I outgrew him at some point. It’s an old book, and sexy.

See above: the books in The Baroque Cycle, but only because I’m disappointed in myself for not finishing them… yet.

12. Five Books that Mean Something to You

Well, see above, really. I think I was inadvertently answering this question above. If I had to put it to the top five, let’s make it:

I inflicted the music meme on a bunch of people, I think I’ll not pass this one along. But anyone listed on my blogroll should consider themselves tagged. But I’d sure not want to peer pressure anyone into this.

This was fun! Thanks Meg!

books Bruce Sterling cyberpunk Neal Stephenson william-gibson
Joe Crawford posted this 18 years ago.
What else did he post in June 2005?
The Date

Steve — if you like Stephenson you should also check out his Stephen Bury (nom-de-plume of him and his uncle) books, which are smart techno-thrillers. _The Cobweb_ is awesome.

It’s hard to go wrong with Gibson, Sterling, and Stephenson.

And Meg, the pleasure was all mine!

Thanks for responding, Joe! Really cool to read your answers!

Wow Joe, I’ve read nearly all of your runners up. I’m especially a fan of Stephenson though I haven’t read his newer work. I guess I should check out some of the others that you’ve listed. 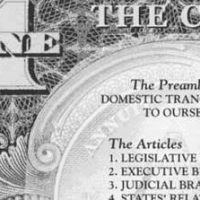