Current musical obsession for me is Frostbite by ♡kitty♡. I first became aware of her with OK Cupid a few years ago.

That was low-fi hip-hop done at an unexpected angle – young, white, female and with a voice that reminded me of hip-hop that came from somewhere other than mainstream. Acts like De La Soul, Arrested Development, Jurassic 5, Digable Planets that came with other kinds of gravity than New York or West Coast B-Boy.

Frostbite comes from yet a different angle and puts me in the mind of techno and rave culture. I’m reminded of 808 State or The Orb but I’m not well-versed enough in music to even know what other similar acts there might be. The addition of lyrical density to that kind of music kills me. I love wordplay even if I can’t exactly hear what the words are. Frostbite knocks out with the way it seems like total piffle but is more than just “let’s dance” and “meet cutes” and “hey dj.” It has anger and longing and sadness and totally works on me. Dance music that has a brain I’m a sucker for.

kitty kitty pryde music
Joe Crawford posted this 8 years ago.
What else did he post in January 2015?
The Date 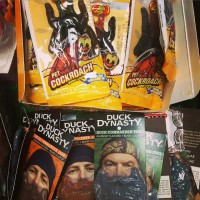 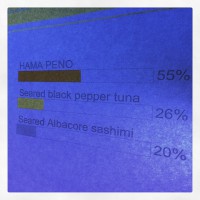