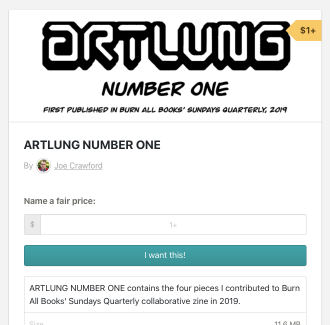 I am sore with a capital SORE.

Aleve is my friend.

The backstory is that Back in August I posted mentioning looking for a partner here in Simi.

And last week, that call was answered, dude.

I’ve gained weight, but I was able to make some good shots. Didn’t overtax my system, but I needed long breaks between games.

I went to Confession yesterday for the first time in 19 years. It seems my marriages (not in the Catholic Church) put me in a state which is not viable for receiving the Sacrament of Reconciliation. This bums me out, but the priest was very nice, and had good advice for me, so I’m going to look into those options. Leah was very nice to me afterward. She could see how shook up I was by it.

Organized religion comes with some challenges, yo. They have rules. I want to run away from those rules, but navigating them is something I want to do, since I feel so strongly that it’s the Catholic Church (present and past) that has been a catalyst for the change that has taken place inside me in the past week and a half.

In other news… did I mention I was sore? It feels kind of good though, I definitely worked muscles I have not worked in a long time.

A., who I played with (and lost 3 times to) is to be married in India. Traditional marriage. It is said that arranged marriages are:

…more successful than other marriages. They hold that the spouses in an arranged marriage begin without any expectations from each other, and that as the relationship matures, a greater understanding between the two develops, aided by their often similar socioeconomic and cultural backgrounds. In contrast, they feel that persons who enter into a marriage for romantic reasons often begin with unreasonable expectations, with little room for improvement but a great chance of failure.

Something to think about. Although I think marriages succeed and fail all the time, be they romantic, arranged, economic, or whatever. The question is really what kind of effort — spiritual, emotional, intellectual, physical — you’re willing to put into them. Are you willing to be a partner who is there when things get hard? Sickness, health? Richer, poorer? Because life can get pretty rough brother. It gets really rough.
I am bringing, moving, pushing my actions (which have been slack) to match my passion and love for Leah, and for our partnership.

So it is looking like I need about 30 units of Community College work (more or less) to get into UCSD. I talked with a super-nice Transfer Counselor and essentially it looks like 30 units or so will get me in there. My current academic state is sort of ambiguous. I have 90 or so units which contributed to my Associate of Science – but as these were from Virginia, they don’t necessarily transfer, or not, to the UC system. I also have some units from UCLA Extension, from whom I’ve now requested a transcript. Though there’s no guarantee that any of those will transfer. I also have a few additional, much older units from San Diego here, which may transfer (though those were from when I was a paltry 17 and 18 years old, and some are not so hot). Still, they may count for something. So now I’m collating all these things and will talk to a counselor at City or Mesa College about what I can make with all these ingredients. Best case scenario would be TAG or IGETC into UCSD in Spring 2005, but I’d have to have all 30 units in time – unlikely. Likely scenario is to matriculate in Fall of 2005 as a Junior. Likely majors for me include, in no particular order:

Oh, and I got an “A” in Racquetball, 0.5 Credits, from last semester at City College. So I’m already a student there, really.

Remind me to check my grade at Student Web Services Online. What’s up with the system not being online in the middle of the night?
Permalink 2004 January college racquetball Make a comment

Is over. I may take it again sometime soon. I did well, and got good workouts. My ankle still hurts but has improved. Work is fine. Preparations continue apace for Christmastime. Found some older mouse droppings the other night. Bas smelled them, and with luck is primed to take action should he find the creators of said droppings. Though we’ve had no signs of mice for a while.

Still very busy now. I look forward to peace and quiet of vacation/holidaytime.

Work today. Also, I need to figure out when I’m going to vote — hey that was easy. I think I can vote before work. Other news: racquetball tonight. Also, the office is much cleaner now. Oh, and I added some Smorg items yesterday: my July 4th walk, further documented in the blog, also, a new item was added in photos, a neat prank at work that took place a few weeks ago.

My Prediction: Arnold will win, and he will be BAD for California. I’m voting “No” on the recall.

This is cool — common questions about racquetball — with simply worded answers. Like How do I get more power from my backhand? and Can I let the ball hit the front wall TWICE before I hit it?.
Permalink 2002 December Make a comment

It’s the poor craftsman that blames his tools (or racquet). I’m playing this afternoon.
Permalink 2002 October Make a comment

I’ve been making references to racquetball since September (just search for racquetball on artlung.com). And I’m still enjoying it. I started playing every weekend, and now am playing basically twice a week – with family and friends. It’s a fast, fun game. It’s precisely the right game given that you are unaware of the exercise aspect of the game while you are doing it. Moreover, there’s strategy required in the same way as a game like pool. You choose your shots in ways that will bank and bounce away from your opponent. And even better, it’s all in 3 dimensions, rather than pool’s flat plane. It’s also an excellent twitch game. Like Quake or Unreal, the action can be very fast as the ball careens through the court.

I’ve never been a thin person, which has roots in genetics and dietary habits. However, in my early 20’s I was actually sort of happy with my physical state. I was not unattractive to the opposite sex, and I could bound up several stairs in the hospital (where I used to work) to get to a code blue or deliver a blood sample quickly and without losing my breath.

Sometime in making the transition from being a Respiratory Terrorist to Web Designer, I stopped exercising altogether, save the occasional trip to the beach (when one was available). This turns out to be bad for your health, and I ballooned. This rightly worryied my parents. But worse than my shape, my tolerance for physical activity was lessened. I don’t give a care what I look like, save to my wife, but being incapable of going up stairs or on a hike is an ego blow of the highest order. The regular racquetball has addressed some of these issues, and I can actually feel an increased tolerance for long walks and stairs. And most clearly, my tolerance for lots of racquetball has increased! Heh.

I despise exercise for exercise’s sake. I have envy who can muster enthusiasm for going for a run — which seems utterly pointless activity to me. Running seems like a means, not an end in itself, and certainly not pleasurable. But some people are wired to enjoy, or are willing to force on themselves walking, running, treadmills, exercise bicycles.

Perhaps as I age I’ll appreciate “just taking a walk.” But for now, I’m going to stick to racquetball. When summer comes, I’ll add bodysurfing and snorkling back into the mix.

Racquetball Championships on ESPN in February2002Jan25

( How did it come to pass that I am interested in watching an organized sporting event? Bizarre. )

Another steller morning playing racquetball. I can definitely feel myself getting better. My patience with the game (knowing when to be aggressive and when to dial back and just volley) is greater. One thing I do know – killshots are satisfying, but not as much fun as a nice rally.

What else am I up to today? Well, I spent about 45 minutes using tweezers pulling bits of grass and brush out of my favorite green wool sweater. I made the mistake of wearing it when we went out to the Laguna Mountains to watch the meteor showers a few weeks ago. I got quite a bit of the woods caught in the wool and there was no simple way to get it out. I tried Jenny’s lintroller and that brush just laughed at me. Thus, the tweezers.

I can’t think of a single thing you have to use tweezers for that is a good thing. I remember when I used to work in the ER little kids would sometimes get cockroaches caught in their ear and they had to go in there and get it out, which is a tricky operation, because when you have a damn cockroach in your ear, you sure as heck don’t want to stay still.

What was I talking about? Oh yes, some things are difficult work, and can only be done with patience and special tools.